Home Lifestyle The Dangers of a Crowd 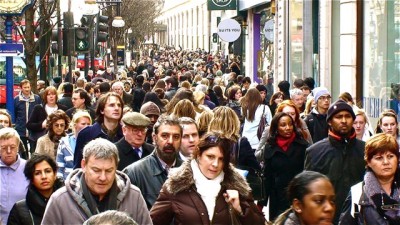 Crowds are normally created as a result of mass numbers of people gathering together for an event or celebration. The most common include festivals, pilgrimages, football matches or concerts. But what some people don’t realise is that these occasions can be more dangerous than they first think. Crowds can cause suffocation, trampling and riots, just to name a few.

With that in mind, there needs to be ways to manage large crowds and prevent catastrophes. A software called MassMotion helps architects to analyse crowd management and pedestrian flow in design stages so that they can create safer environments for crowd flow.

Event organisers have a legal duty to ensure that they do everything they can to ensure the safety of crowds. They must prevent the following, as listed by the Government:

The actual dangers in crowds

Surprisingly, trampling is the rarest cause of death in crowds. Crushing and suffocation in crowds is the leading cause – with mass movement leading to forces of over 4,500 Newtons being exerted, enough to bend steel railings. Pedestrians involved can suffer a mass amount of pressure on their chest causing compressive asphyxia.

The cause? Surprisingly, rarely a stampede. Instead, it is often something minor like a single trip or fall which leads to a delayed chain reaction through the crowd and with a lack of communication between the rear, body and head of the crowd, there is no way to prevent the build-up of pressure.

Other causes include a group reaction to a perceived threat and the idea of a ‘craze’. In these incidents, there is normally a mass of people avoiding something (threat) or rushing to attain something (the ‘craze’). In both instances, a lack of communication comes into play. With very little, if not any, communication, the movement in the crowd can become misleading with those at the head of the crowd collapsing, and those at the rear getting the illusion of progressive movement so they proceed to keep pushing.

Many of the countless catastrophes causes by crowd movement display signs of lack of communication, ‘craze’ behaviour or a reaction to perceived threat. Here are a few:

‘Craze’ behaviour:
In 1989, at the Hillsborough Stadium in Sheffield, 96 people were killed and more than 170 injured. A larger than expected fan base tried to enter the stadium, which caused police to open gates to relieve crowd pressure. Instead, the crowd surged into the stadium, crushing fans into enclosed terraces and against metal railings. Some fans were pulled to safety, some fans climbed over the railings but for others the pressure was too much leading to suffocation.

Reaction to perceived threat:
In 1985, 38 people died by asphyxia and over 437 people were injured when a riot by English and Italian fans broke out at a European Cup Final in Brussells. The riot led to spectators trying to escape the violence, which led to the deaths and injuries.

Preventative measures
The prevention of these disasters can be extremely difficult because the factors that cause and contribute to the issues can be complex. The main factors to keep under control to prevent such catastrophes are crowd density, communication and timed exit intervals.

Crowd density can be controlled with limiting the number of guests allowed at the event. However, this can be unrealistic for events such as religious gatherings. Communication can be improved by hiring stewards to patrol areas of the crowd between the rear, body and head. You can also separate areas of the crowd with rope rather than steel railings. A timed exit in a large event, where people leave from different levels at different slots of time, is another popular prevention method.

Tools such as MassMotion assist those in charge to control and test the stresses of pedestrian flow and crowds. The tool also helps architects to factor in crowd issues in the building design stages. These tools can help in evacuation planning, giving an unparalleled insight into the unique spectacle of crowd movement.

How Game Developers Earn Their Stripes

Tech today
All too often, technology is regarded as the bad guy. It's our enemy, even though it makes our lives easier, enhances them and helps...
Give us a like

What Happens If You Default Payday Loan and How Can One...